Blog10 Defining Moments in the History of the World Wide Web

10 Defining Moments in the History of the World Wide Web

On 12 March, 1989 Tim Berners-Lee was working at the Swiss physics laboratory Cern when he produced a technical paper which was the blueprint for The World Wide Web (you may have heard of it).

The immediate response to this ultimately life changing proposal was somewhat underwhelming as his boss commented: “Vague, but exciting”.

Yet 25 years on nobody could have imagined just how revolutionary, groundbreaking and “exciting” this technological breakthrough was to become.

The web has gone from being something that no one had heard of to something none of us can live without – all in a quarter of a century.

From one basic website to almost 200 million around the globe, here are 10 defining moments in the evolution of the World Wide Web – some of which have enabled you to read this blog from the comfort of your home or office.

The Web’s ultimate founder – Tim Berners-Lee – writes a paper called “Information management: A proposal”. In it, he sets out what would become the World Wide Web. His proposal envisages a system of interlinked documents that could be stored in a variety of locations, and be looked at using a ‘browser’ application, which would open the internet to potential mass use.

The first web pages begin to appear. Initially they are limited and offer little appeal or interest. However, Berners-Lee’s dream has become reality and the system he dreamt-up is now proven to work. 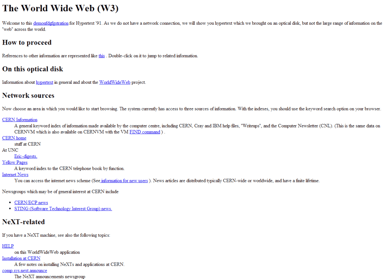 The web’s first ever page. As you may expect, a little unspectacular.

In August of this year, Windows 95 is launched. Complete with built-in browser “Internet Explorer,” the sale of affordable PCs that can easily surf the web rockets and Microsoft CEO Bill Gates, who had foreseen the “internet tidal wave”, becomes a household name.

When Microsoft released its updated version of Internet Explorer, free with Windows software, the practice known as ‘bundling’ suddenly hit the headlines. The company was brought to the attention of anti-monopoly bodies in the US and EU, due to its massive market dominance and tendency to favour Microsoft’s own applications.

With search engines still in their infancy, browsing was to be propelled into the new century thanks to the arrival of a program we all now take for granted. Stanford University students Larry Page and Sergey Brin registered the google.com domain in September and you could say the rest is history. Starting out in a friend’s garage, Google hit one billion monthly visitors in May 2011 and earned $55 billion in 2013 alone. It now handles more than five billion searches a day. 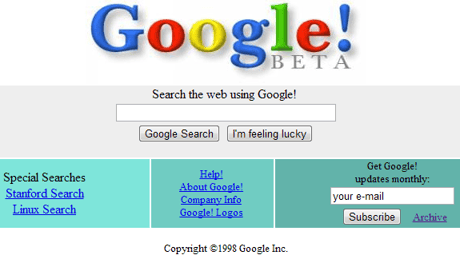 By the end of the 1990s the World Wide Web was so efficient at sharing information the new practice of “File Sharing” soon became the latest phenomenon. No provider was more recognisable than Napster, which popularised the MP3 music format at the cost of millions to the music industry in the process. Napster was shut down by the US district court in 2001 in a bid to prevent the illegal sharing of copyrighted music, but official paid services are now a recognised form of obtaining music and movies.

Myspace and LinkedIn arrive, following 2002’s relatively unsuccessful Friendster. But undoubtedly these sites were only a precursor to the hugely successful Facebook, which arrives some 12 months later. Mark Zuckerberg founds “The Facebook” in his college dorm room, but initially only to Harvard students. In 2006 (the same year a previously unheard of Twitter is created) Facebook expands to anyone over 13 with a valid email address and by 2014 had over 1.2 billion registered users. 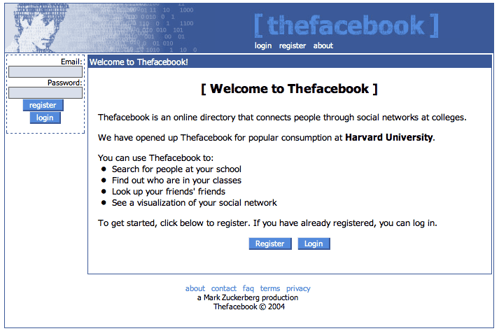 Web browsing becomes much more of a mobile experience thanks to the emergence of the smartphone. Apple leads the way as it launches the iPhone, with what the late Steve Jobs calls: “The first fully-usable browser on a cell phone”. Claiming, “It’s the internet in your pocket for the first time ever.” By the end of 2013, one in every five people in the world owns some form of smart phone.

Google releases a range of products including a freeware browser called “Chrome.” They also reveal an operating system that consists of the browser along with a set of web-based applications – replacing traditional, locally installed software.

With greater amounts of information being shared, the risk of that data falling into the wrong hands is increased. This was highlighted by a number of hacking scandals, and none more so than the case of Wiki Leaks. Founded in 2006, Wikileaks – a site dedicated to anonymously publishing confidential data – hits the headlines by releasing footage from a US airstrike in Baghdad. When PayPal refuses to process public donations to Wikileaks, it’s attacked by another hacker group, Anonymous – costing the company £3.5 million in a matter of days.